Stay compliant with updates about the latest technology and information.
Get them sent directly to your inbox by signing up now.

When you’re in the food inspections systems business, it’s not often you’re approached by Year 9 students. But, when Dylan of Queen Elizabeth’s School for Boys, Barnet, emailed us asking if we’d sponsor his robotics team, Technogear, and we were inspired so much it was difficult not to.

Last year, the Technogear team won seven regional robotics competitions, plus a design award at the national competitions for their outstanding design process notebook, ultimately, qualifying them for the VEX IQ World Championships – a global engineering challenge aimed at students in different age brackets. It was here that they competed with 400 teams from 40 countries, winning themselves the Excellence Award – becoming the first European team to do so. This year they plan to reach the finals in the USA, and we’re backing them.

The theme of this year’s competition is “Next Level” and the boys are expected to design a robot to complete tasks such as stacking. After scoping the competition in last year’s challenge, Dylan knows that Technogear need to up their game this year in order to go far.

It’s very refreshing for us, at Sparc Systems, to see such inspired young people interested in engineering – you have inspired us also, Technogear, and we plan to support you every step of the way and will be sharing the news of your competitions through our channels.  Their first competition is in January and we will be keeping you informed along the way as we join the boys for their first competition, which takes place at their school.

But, the boys are unable to do this all on their own. Unfortunately, Queen Elizabeth’s School has limited funds available to the team, and if they make it to the USA for the finals, they will be expected to pay for their own travel and accommodation costs plus the cost of their robot. That’s why they’re asking for £8,000 to take them to the finals, and we urge everyone to help such a great group of kids and their great ambitions.

Daniel Frank, managing director for Sparc, said: “I was really blown away by the ambitions of these young men. I’m happy to support and encourage any young person wanting to pursue a life in engineering, but these boys researched and approached us first, and that’s really quite admirable. We wish them all the best for this competition and for the future.”

If you would like to donate to Technogear, you can find their JustGiving page here, and stay tuned for updates from us! 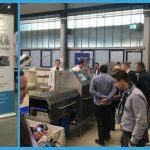 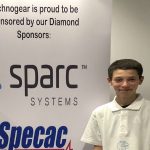 A little update regarding Team Technogear