Stay compliant with updates about the latest technology and information.
Get them sent directly to your inbox by signing up now.

Sparc Systems’ partnership with North American distributor, Sesotec North America, has gone from strength to strength following its launch last year, and the duo are preparing for this year’s Pack Expo International exhibition in Chicago on October 14 – 17.
You can find out more about Sesotec’s plans for the event by reading this article.

Since the partnership started in Las Vegas in 2017, Sesotec North America has successfully launched the Weycon range, which combines leading metal detector technology from Sesotec NA with check-weighing and the option for label inspection from top and bottom in one machine. .
And, more than 25 of the machines have been installed throughout North America in sectors including meat and bakery.
The Weycon and Weycon Combo will be available for demonstration at the expo, both of these machines feature Sesotec’s “Intuity” metal detector technology.

Daniel Frank, Sales & Commercial Director at Sparc Systems, said:
“Our partnership with Sesotec North America and the launch of the Weycon product range has been greatly received so far, and we’re looking forward to Pack Expo to continue the momentum.
“And, over the past few weeks we’ve won some huge projects. This has included installing an eight lane x-ray Medusa machine for a leading cookie manufacturer in Canada, two dual-lane weighers for a pre-cooked bacon manufacturer and 14 Weycons for a major Canadian bakery manufacturer.
“We’d like to say a big thank you to Sesotec for making our partnership with them flourish, as the sales and after sales support they offer have made a real positive difference.”
To see Sparc Systems and Sesotec NA at Pack Expo, visit booth N-4912 .

And if you’re attending and would like to arrange an appointment with their team, just get in touch on +44 1684 310 000 or Daniel.Frank@sparc-systems.co.uk. If you’d like to find out more about the event, visit www.packexpointernational.com 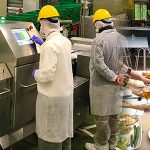 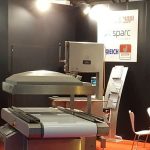